On August 17th 2017 I set of from North County Mayo to kayak around Ireland as fast as possible. Late in the season I had a mixed bag of weather. Some favorable, but several days into a headwind on the East coast. After 17 1/2 days I reached Dingle in County Kerry. Looking at the forecast for the next 10 days I decided to stop my record attempt there. 3 meter swells and 50 kmph Westerly winds were more than I could safely deal with on this committing coast after already paddling 1100km.

This season I'm going back to Dingle to " Close the Loop" and finish off the last 400km to Mayo. This section of the Irish coast is probably the most beautiful and challenging. I will paddle past iconic places like the Cliffs of Moher, the Aran Islands, Connemara and the deserted Islands of the Mayo coast.
Renowned for unpredictable weather, big ocean swell and daunting headlands, the expedition will not only be physically challenging, but mentally demanding as well. Kayaking for 10 to 15 hrs per day, I will be unsupported, carry all his own camping gear and food for several days at a time. I will take an “alpinist” approach, moving fast and light, aiming to maximize tide and weather windows to cover big distances each day.
You can follow my progress on the map below and via my facebook account here . 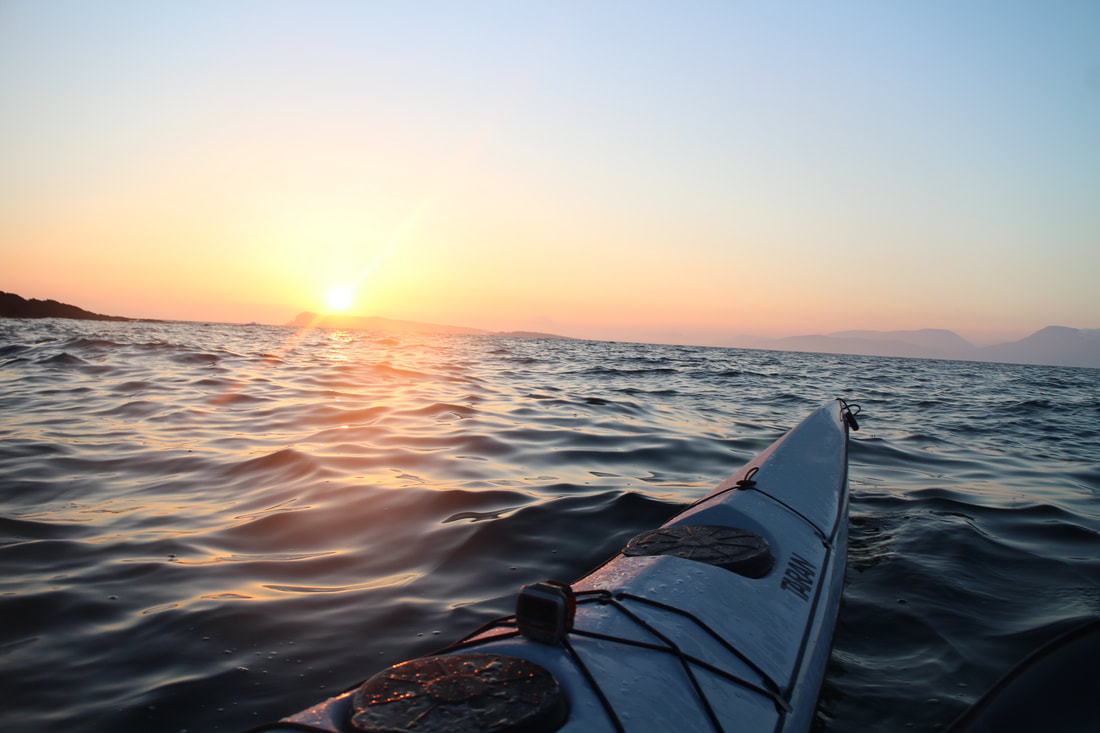