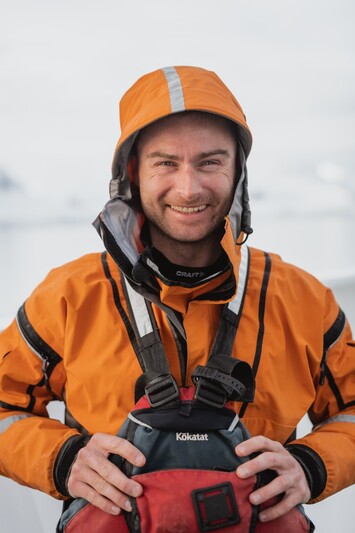 David Horkan
​David is a professional kayaker and one of Ireland’s top paddlers. A guide, coach and athlete, he is active at a high level in multiple disciplines. From paddling raging whitewater rivers, surfing walls of Atlantic swell, to racing over incredibly long distances.  His passion for being on the water and commitment to pushing his boundaries make him a true waterman.
Kayaking from a young age on the west coast of Ireland he was exposed to a variety of disciplines growing up. Polo, Whitewater and Surf were where he honed his skills in his early teen years.
Kayaking takes up most of him time both business and personal and brings him to far flung places around the world such as kayak guiding in Antarctica. He has completed four Devizes to Westminster races, holds the record for the fastest solo, unsupported crossing of the North channel of the Irish sea, raced the 111km Hawksbury Classic in Australia and is one half of the fastest team to ever kayak around Vancouver Island in Canada.
​
A Canoeing Ireland Kayak Instructor in whitewater, paddle surf and sea-kayaking, and ISKGA Advanced Guide, David is also a Leave No Trace Trainer and holds a diploma in Earth and Ocean science and business degree.
​David has been lucky enough to kayak in amazing locations all over the world, such as-Patagonian Chile, Canada, USA, Australia, Antarctica and most of Europe.
Not enough to to world class kayaker, David also kitesurfs, SUP's and MTB's regularly.
Kindly supported by: Kokatat, Craft Sportswear, Canoe Centre, Rockpool Kayaks, Aqua Bound Paddles, Braca Paddle Ireland